Out with the Snake, In with the Horse

I’m no expert in Chinese astrology, nor sold on its scientific merit.  But one of the people I’ve respected most in this life – Tanouye Roshi – found it a useful framework for understanding the year-to-year changes in the students he faced as a music teacher and Zen teacher, or large-scale shifts in the Zeitgeist. Somehow the shift from Snake to Horse particularly speaks to me now, as I feel the shedding of old skin, and a latent, pent up energy whose form is still unknown, getting ready to gallop forward.  Perhaps you feel it as well.  Or maybe if I describe its contours in my life, you’ll recognize it in yours and be ready to put the energy of this New Year to the best possible use.

If you look up the Year of the Snake, you’ll read about a quiet year of preparation, laying in plans, latent possibility: snake-in-the-grass sort of descriptions.  But if I look at my own life, its most snake-y quality has been shed, shed, shed.  Both of my parents and a lifelong friend died this past year. The hollowness of those losses is still with me, even as I recognize the new space it has created. Many wonderful things have also happened this year: continued growth in the Institute for Zen Leadership (IZL), continued work with terrific colleagues who are as close as family, more people using FEBI, and more readiness in the culture – thanks to neuroscience – for whole, embodied leadership.   But I can also see in my own work this past year where many things have been on hold. Eighteen months and counting, we’re still awaiting IRS review of our 501c3 application for IZL’s non-profit status, the lack of which has cost us momentum.  FEBI is reaching more people, but it has hardly gone viral. Several leadership programs that were supposed to have launched in 2013 are still on the pad.

END_OF_DOCUMENT_TOKEN_TO_BE_REPLACED

4 Leaders, 4 Relationships to Time, and Why It Matters

I’m inspired by a great article Rhonda Morton shared a few days ago by Marla Popova on our psychological relationship to time and how time seems to expand or contract under different conditions. (Why Time Slows Down When We’re Afraid, Speeds Up as We Age, and Gets Warped on Vacation). What I would add is that it’s not just novel conditions that affect our relationship to time, but also our entire personality. I was surprised as a physics student some years ago to learn that there has never been a physics experiment that shows the flow of time. Time is now, now, now. A time line or the flow of time is something we collectively “invent” to be able to talk about memories, history, and the ceaseless change of the universe and everything in it. In order to talk about things changing at different rates (e.g., light moves faster than sound, and much faster than a turtle) we need a common denominator and that denominator we call “time.”

END_OF_DOCUMENT_TOKEN_TO_BE_REPLACED

Overworked and underpaid? How would Zen Leadership help?

In connection with a webinar we hos 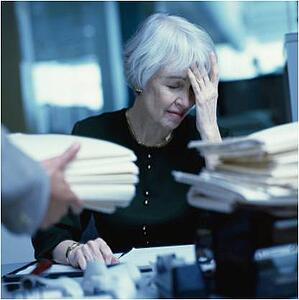 ted last week around The Zen Leader, a premier coach in Singapore contacted me, wondering how a Zen perspective would address issues he typically hears from clients.  Here was his list:

END_OF_DOCUMENT_TOKEN_TO_BE_REPLACED

3 Common Myths about Zen and Why Zen Helps Leaders

I’ve heard these myths many times, but today I found all 3 of them in the same article.  So here goes…

END_OF_DOCUMENT_TOKEN_TO_BE_REPLACED

Advice to Romney: Get Out of Your Own Way, Realize the Zen Leader in You

It’s almost painful to watch: Mitt Romney crossing the stage. His gait totters to hold a torso too stiff. His upright carriage looks nearly crackable as the questions come zinging in and he repeats what he thinks is the right answer – for this audience. I like Mitt Romney; his father was the governor of Michigan while I was growing up, so I think of him as a neighbor. I also share many of his personality traits. If you know anything about the 4 energy patterns of personality, you’ll know what I mean when I say we’re both Organizers: it’s important to us to do the right thing and do things right. But, for a good example of what getting in one’s own way looks like, look to Mitt Romney.

END_OF_DOCUMENT_TOKEN_TO_BE_REPLACED

Last week I was at an intensive Zen training and did the opposite of what I normally do.  Normally I bring Zen meditation and physical elements into leadership programs to accelerate “walking the talk” of learning. Last week I was asked to bring leadership skills to Zen trainees. What a wonderful experience! It showed me again why Zen and leadership belong together: not only does Zen take leadership to a new level, but leadership brings Zen into the world where it can do some good. It also showed me how the skill side of whole leadership – e.g., being strategic yet operational, results focused yet engaging people – paradoxical as it is, is still the easy part. The hard part is getting out of our own way, and that’s where Zen comes in.

END_OF_DOCUMENT_TOKEN_TO_BE_REPLACED

Why Zen leadership and why this blog? Zen and leadership belong together. Zen brings leadership to its enlightened best, without the fears and smallness of ego getting in the way. Conversely, leadership brings Zen into the world where it can do the most good.  Zen Leadership is not some model “out there” for you to emulate.  Rather it is your own boundless, creative nature expressed in a way that adds value and inspires others to a better place. The Zen leader in you emerges through what I call “flips” in consciousness that transform your sense of self from separate to connected and, ultimately, one-with-everything.  Along the way, these flips radically reframe leadership, for example from coping to transforming, from driving results to attracting the future, from the confusion of delusion to whole and awakened leadership.