4 Leaders, 4 Relationships to Time, and Why It Matters 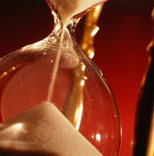 I’m inspired by a great article Rhonda Morton shared a few days ago by Marla Popova on our psychological relationship to time and how time seems to expand or contract under different conditions. (Why Time Slows Down When We’re Afraid, Speeds Up as We Age, and Gets Warped on Vacation). What I would add is that it’s not just novel conditions that affect our relationship to time, but also our entire personality. I was surprised as a physics student some years ago to learn that there has never been a physics experiment that shows the flow of time. Time is now, now, now. A time line or the flow of time is something we collectively “invent” to be able to talk about memories, history, and the ceaseless change of the universe and everything in it. In order to talk about things changing at different rates (e.g., light moves faster than sound, and much faster than a turtle) we need a common denominator and that denominator we call “time.”

Recognizing that the flow of time is a psychological phenomenon – in here– rather than a law of physics – out there – gives us more power to choose the kind of relationship we want to have. So many leaders I work with are people in a hurry. They’re often feeling so far behind, racing to catch up, or don’t have time for this or that important thing. And to be honest, I lived that way for a long time myself, and can still fall into the trap of “so much to do, how will it all fit?” But the price paid for this kind of thinking is enormous: it can spin us into a frazzle, dull our creativity, and desensitize us to what’s really going on as we race to accomplish the preset agenda in our head. While people often get to positions of leadership because they’re great at getting stuff done, they can’t sustain their success if they’re frazzled, uncreative, or insensitive.

So one’s relationship to time is well worth examining, and potentially updating. And the 4 primary factors of personality measured by FEBI are a good way to do both. Let’s look at 4 leaders – caricatures of each pattern – and their relationships to time, and you can see which feel most familiar to you.

First there’s the Driver Leader – always in a hurry. His primary relationship to time is to beat it. If the normal drive to work takes 20 minutes, he’ll try to find a shortcut to shave off a few minutes. He may feel like he’s in a competition to beat the clock. He acts with haste, treating time like money – never having enough of either.

The Organizer Leader likes to live on time. Her primary relationship to time is to manage it or save it. Conscientious about her commitments, she does not want to miss deadlines. Neither does she want to make mistakes or deliver low quality work, so she plans her work, works her plan, and can get upset when reality collides with her agenda.

The Collaborator leader likes to live in time. She tends to be overly optimistic about how long things will take, and may take on more commitments than she can handle. But surely you’ll understand. For her, time is to be spent lavishly – on people, projects, passions, parties, and more!

The Visionary leader has an expansive sense of time. He may drift in and out of even being aware of time. His relationship to time is more to be it, rather than do things in it. He will tend to think further out in time, further back in time, and see patterns or trends across time – using time as something of a canvas for painting his ideas and strategies.

Now if you know anything about the 4 patterns of personality, you know that we all have all 4, and we also have preferences. Hopefully you can recognize in your own attitudes about time the 1-2 patterns that dominate for you. And if you take the FEBI, you’ll probably see they connect to your Home pattern or primary style. While we may be tempted to think one pattern has a better relationship to time than the others, seeing all 4 options, perhaps you can appreciate that there is a time for all 4, and being stuck in any one or two of them will cause problems. The time problem we see most often among high-achieving leaders is the perpetual rush-and-cram prison I was describing earlier, resulting from too much Driver and Organizer. On the other hand, those who drift through time “being” and not “doing” may not accomplish enough to ever become leaders. But if you take all 4 relationships to time as having their place, like inhale and exhale, or the pumping of your heart, and find a rhythm among them, time will neither get away from you nor be a prison. By accessing each of the 4 patterns, you can access each of the 4 relationships to time. You don’t have to use each one equally – you’ll still have your personal favorites. But you won’t get stuck there. You will make friends with time.

And if you keep going down this integrative path, you’ll make such close friends with time that you and time are one. As the great Zen Master, Dogen observed, “Time is just existence and all existence is time.[1]” You are time; you are Now – which is true even before you realize it. But realizing it, flips everything around in how leaders think and act. Rather than feeling like a relatively fixed actor on a timeline – trying to beat the clock or manage our way to important goals – we can flip that around and look at how we need to transform ourselves in the Now in order to “match” what we would be doing, saying, thinking, etc. once our goal is realized. As we manifest those changes, we bring that goal into Now – right where we stand. If you’d like to play with this idea further, you can download this Timeline Exercise from The Zen Leader. It’s a bit mind bending at first, but worth the effort. For not only does your relationship to time matter in how you lead, but since it’s always Now and you are Now, you could say your relationship to Now is all that matters.