An Idiot's Guide To Awakening 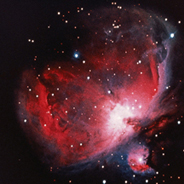 I had the fortunate opportunity last month to view an incredible film at the Smithsonian Air & Space museum called "Hubble 3D." Part of it was documentary - the fixing of the Hubble telescope in outer space. But the most profound parts, by far, were the images from outer space that Hubble was able to capture and send back once its lenses were functioning properly.

It's hard to even comprehend a light year, not to mention the images on screen that were MILLIONS of light years away. Trillions of galaxies like ours with planets and moons all revolving around their own "suns." Galaxies… black holes… stars being born… incredible photos that were merely a teeny tiny fragment of all that's out there. All the beauty and energy of the universe was right before my eyes. I was totally humbled.

This experience started me thinking about the last chapter in The Zen Leader - From Delusion To Awakening. I've always struggled understanding that chapter. The idea of nothingness and "no place to go" was so far from my daily life that awakening seemed really out of my realm of possibilities. But what I felt in that movie was a sense of being that went beyond all my self-defined notions of life. It made me think, at least for a moment, of myself at the molecular level - a mass of energy, part of a bigger universal source that was infinite. Was that the sense of "awakening" that Ginny was talking about? If it was, it felt awesome - powerful and humbling at the same time and I actually now have hope that I might be able to get there again sometime.

My biggest misconception of the term "awakening" stems from what I define as being awake. Unless you've got some form of narcolepsy, people wake up and stay that way for some time. This is not generally the case with spiritual awakening. One does not have an "aha" experience and stay that way; in fact, Ginny Whitelaw, who has become a Zen Master, laments in her learning how impossible it was to "maintain that condition," as her teacher instructed her to do. He also knew it was impossible, "but you have to try," he told her. All most of us might hope for is a taste, but once we have that taste, like a favorite savory meal, we want more.

"I'd read for years that ignorance is the root of delusion and suffering, and mistakenly equated "ignorance" with "stupidity," states Ginny in The Zen Leader. "Not so; we're plenty smart," she adds. "The evidence of our boundless, immortal nature is available to us all the time… but we ignore it; we are ignor-ant. Our boundless nature doesn't interest us because it doesn't move…It's not a story with a beginning, middle and dramatic end. We ignore it and choose a story instead: our story. Me."

I think I now understand why meditation is key to awakening. We need to slow down the mind chatter - the "Me" story - in order to sense our universal nature. I've dabbled in this a bit, but am now ready to dive in. I've enrolled in a program this September at the Institute For Zen Leadership - a brand new institute Dr. Whitelaw has founded that marries Zen to leadership, where it can do the most good. I hope to learn more about the practice of meditation and the value it brings to leadership, and life in general (contact Focus Leadership if you'd like more information on this - the Institute web site goes live September, 2012).

Who knows… maybe I'll even get a chance to experience another awakened moment - this time without the 3D glasses :-)
END_OF_DOCUMENT_TOKEN_TO_BE_REPLACED