FEBI: The Power of all Four

In this final part of the five-part blog series called The Patterns of FEBI we look at the power of combining all four.  This series explores each pattern measured by the FEBI.  The FEBI is a validated psychometric assessment and coaching tool that measures four fundamental patterns of personality and the various contexts in which they are expressed; cognition, physical movement, emotions, environment, etc.

When thinking of what to write for this post I was hoping to start with a funny story, a wise saying or some brilliant research.  What instead kept popping in my head was the theme song to a cartoon from my childhood, Captain Planet.  The basic plot of this cartoon was five extraordinary people around the globe had special powers derived from the planet; wind, water, earth, fire, and heart.  When villains sought to harm people, animals or the environment, one of the five would spring into action, utilizing their superpowers to fight crime and take down the bad guys. When a force was too great for one of them to take on, however, they would combine their powers, summoning Captain Planet: “With your powers combined, I am Captain Planet!” 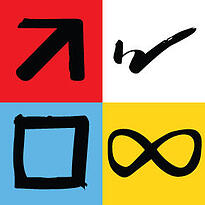 So far in this blog series, we have seen how important each energy pattern of FEBI can be: How the Driver can be a great warrior, ensuring we clear barriers and reach our goals.  How the Organizer can give process to our brilliant ideas, giving them a way to become reality.  How the Collaborator can recharge our internal batteries, allowing us to be fully engaged and engage others.  How the Visionary enables us to embrace the chaos, expanding our world to all that is possible. Interestingly, these four patterns aren’t far from Captain Planet’s elements of fire (Driver), earth (Organizer), water (Collaborator) and wind (Visionary), and all of them manifest heart. Could you imagine being at your best with any of these players not on your bench?

The good news is you don’t have to; you have all four of these patterns available already and, with a bit of awareness and practice, you can summon the right pattern at the right time!

Through our work with leaders around the globe we have found that the most successful leaders are those who are best able to utilize all four aspects of themselves.  In one chapter of The Zen Leader, author Ginny Whitelaw asks a group during a leadership development program to describe a ‘whole leader’.   Here is what they say:

“gets the big picture and the details, drives results, gets it done, is good with people, thinks short-term and long-term, has a clear focus but still listens, balances work and life, can handle ambiguity, works well with diverse people…”

To become such a multi-faceted leader, you better have a full bench!  The best leaders do.  And this goes beyond corporate leadership.  If you’re a parent, a coach, an artist, a teacher, a sailor, a nurse, or an active member or your neighborhood, to be at your best you need all four.  No wonder the Captain Planet theme song kept ringing in my head!

While you don’t have to hum the theme song or dress up in blue tights and a cape, the power of multi-faceted excellence can be yours.  It starts with self awareness.  While it is certainly true that we have the ability to summon all four energy patterns, we also have preferences.  In psychology we might call this personality type.  Most people have a preference for one or two of these patterns, naturally utilizing those patterns more often – both when they’re useful and when they’re not.  Conversely, most people also have one or two patterns they use less often; it takes more energy to engage these weak patterns and may cause some discomfort.  Discovering what patterns you prefer and don’t prefer, what you are utilizing and not utilizing, is the first step in creating that full bench of pattern players.  Perhaps you already have a sense of your preferences just from reading this blog series.  If you want a more scientific answer, you can complete the FEBI, a validated psychometric assessment that measures these four patterns and tells you to what extent you prefer each of them. It will also show you numerous ways to cultivate a weak pattern, and how they might help you.  Armed with your newfound self awareness, you can begin to use your personality more fully, rather than be stuck in it.  You’ll also gain new insights into those around you, and be able to pick out which patterns they prefer.

As we saw throughout this blog series, certain patterns are best at engaging certain situations.  For example, the Visionary is best for creating a strategic vision.  The Organizer is best at creating steps to bring that vision to reality, and so on.  You’ll begin to have awareness of what pattern is best for a particular situation.  Putting this all together, with a bit of practice and intention, you can become proficient at bringing out the right pattern at the right time.  Since we do have preferences, those patterns that are least preferred do require more energy and intention to access. You can kickstart any pattern by engaging its various forms, such as using physical movement, cognitive activities, playing a certain kind of music, or putting yourself in a particular environment. Take time to practice engaging all the patterns, especially those that you are less comfortable with. This will allow those bench players to be ready when they are needed – when your inner equivalent of Captain Planet needs to summon those elements.  With your powers combined, what couldn’t you handle?

Need help getting started using all four patterns?  Download this worksheet from best-selling book, Move to Greatness, to learn how to build your own best by effectively utilizing all four energy patterns of FEBI.

END_OF_DOCUMENT_TOKEN_TO_BE_REPLACED

Collaborator: The Power of Play

In Part 3 of the five-part blog series called The Patterns of FEBI, we swing-on into the Collaborator.  In this series we will explore each pattern measured by the FEBI.  The FEBI is a validated psychometric assessment and coaching tool that measures four fundamental patterns of personality and the various contexts in which they are expressed; cognition, physical movement, emotions, environment, etc.

Fighting off giant sea creatures and spiky turtle men to save Princess Peach and the Mushroom Kingdom.  Building a ladder to the moon out of trash, musical instruments and slices of pizza while dressed as a rabbit.  Racing a big squid car through an outer space race track called Rainbow Road.

imaginations.  You would be mistaken.  I am actually describing a typical Saturday morning for my wife, Jennifer.  No, Jennifer is not from a magical land, nor a figment of my own imagination.  Come Saturday morning, Jennifer is a gamer.  Her games of choice are always of the creative, whimsical and playful variety.  I already know what some of you are thinking:  What a waste of time.  Isn’t Nintendo for children?  I would postulate that not only should we play and have fun, but that time spent doing so is of tremendous benefit to us.  The more childlike and whimsical the better!

Let me explain.  During the week, Jennifer works for the Burn Rehab Unit at Johns Hopkins Hospital.  Her typical patients have burns over 90% of their body, are in tremendous physical and emotional pain, and if they make it past the first few weeks, have a long hospital stay ahead of them.  It’s Jennifer’s job to help in the rehabilitation process, which can range from wound care, to helping them sit up on their own, to teaching them how to walk again.  Recovery is only possible with continual work, which is often very hard and painful for the patients.  Painful as it is, day after day, Jennifer and the Burn Rehab team take their patients through their activities and treatments as they make incremental progress toward recovery.  The toughest days for Jennifer, she tells me, are the days she spends time with the family members, and all the emotions that go with it.

In spite of this challenging job, Jennifer always has a huge smile and an infectious laugh.  Even her patients, who are usually in pain when they see her, adore Jennifer.  So back to taking on the whimsical world of Nintendo, Jennifer says, “With my job, I need this time just to keep my sanity!”  She’s right.  For us to be fully engaged, as Jim Loehr and Tony Schwartz describe in their book The Power of Full Engagement, we need a rhythm between push and release, between drive and recover.  We need to recharge those batteries.  As Ginny Whitelaw describes in her latest book, The Zen Leader, we often take better care of our electronics then we do ourselves.  When our iPhone battery is about to die, we plug it in to recharge it but we often don’t take the time to recharge our own batteries.

I realize that for some of you, this seems like common sense.  Those of you with a strong preference for the Driver and Organizer patterns (that we covered in Parts I and II) may be less convinced that playing Nintendo can have benefits like helping you be better at your job.  So, for you left brainers out there, research shows that happier people are more helpful, creative, prosocial, charitable, altruistic, healthier, live longer, are more likely to marry, stay married longer, and have more close and casual friends.  At work, happy people take fewer sick days, receive better evaluations from their supervisors and from customers, stay loyal to their employers longer, show more helpful behaviors, are more innovative, have lower corporate healthcare costs, and have lower turnover rates. And our research shows that play – bringing out the pattern of the Collaborator – correlates with positive emotions.

Play is not only great for recharging your batteries outside of work, you can also engage this pattern at work, which makes work a lot more fun. The Collaborator pattern loves to have fun, to engage others, play in the give and take of relationships, and see both sides of a situation.  Imagine how powerful this pattern could be if you need to engage your employees while navigating an organizational change, or to problem solve a complex issue.  The Collaborator is often left out of the very situations where it is most needed.  In such situations, especially if you normally approach them with the Driver’s urgency or the Organizer’s seriousness, you may need to be more intentional about summoning the Collaborator.  But with a bit of practice, it will be easier and easier to do so.

To help with summoning and strengthening your inner Collaborator, download the Collaborator Pattern Energizer activity.  One of the best ways to engage this energy is with playful movements: rocking, swinging, dancing, or finding a way around obstacles in a video game. Build a fort with your kids, play ball with the dog in the park, or just be silly for no reason whatsoever. So next time you have the urge to shrink to the size of an ant and play in the digital grass on your TV screen, I say pick up that joy stick and get your game on!