Part 2 of the five-part blog series called The Patterns of FEBI steps into the Organizer.  In this series we explore each pattern measured by the FEBI.  The FEBI is a validated psychometric assessment and coaching tool that measures four fundamental patterns of personality and the various contexts in which they are expressed; cognition, physical movement, emotions, environment, etc.

Remember this comedic exchange from a scene in Tina Fey’s movie Baby Mama?

Angie:  Carl is an inventor/entrepreneur.

Carl:  I'm still looking for that home run, you know.  I mean, when I saw the iPod the first time, I could've kicked myself.

Angie:  That was so hard on him. 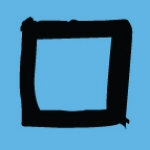 I’m sure we all have a friend who has claimed to have invented the iPod, Facebook, Amazon or Silly Bandz (those squiggly rubber bands kids wear that sell around $200 million annually).  Maybe you are that friend who is always beating your head against the wall when you see someone else become widely successful from an idea you had years ago.  No matter how brilliant our ideas are, not all of them can become reality. But when we have an idea that could be realized, how is it that some people are able to do that, whereas others are not?  Get ready to brush the dust off those stacks of scribbled ideas on legal pads and napkins, and see how they could gain new life!

It is certainly true that some people are simply more creative, inventive and think more outside-the-box than others.  In psychology we explain this difference with discussions of personality.  Some people have a personality that predisposes them to making connections that are less obvious, being able to envision the future, play with possibilities when problem solving, and able to adapt to a range of situations and environments.  In the FEBI, these people are described as being high in a combination of Collaborator and Visionary.  The Collaborator pattern is great at playing with possibilities and seeing both sides of situations.  The Visionary pattern is great at making unconventional connections, future orientation, and thinking outside-the-box.

The issue many creative people run into is that they favor these more creative aspects of their personality so much, that those ideas never see the light of day.  Before an idea has a chance to turn into anything tangible, they are often on to the next stroke of genius.  So how is it that some creative people succeed, while others fail?  The key lies in the conversion of idea to action.  From intangible to tangible.  From thinking to doing.  What is needed is a roadmap to do just that.  Enter the Organizer pattern of personality.

We often find those that are high in Collaborator and Visionary are also low in Organizer.  Organizer is a pattern of form, systematic thinking, planning, discipline and responsibility.  The Organizer pattern thrives at taking a big process and breaking it down into individual steps.  It’s great at thinking of the logistics and constructing a plan to make that brilliant idea a reality.

Here is how to get started.  Take one of your brilliant ideas and write it down on a blank sheet of paper.  Now, envision what it will be like for this idea to turn into reality.  How is the world different?  How is your idea/product being used?  Really put yourself in that future of your idea.  Now, summon your inner Organizer.  Sit up straight, clean your workspace and put on some classical music.  On your paper, write down several key things that would have to happen to make your idea a reality.  Next, pick one of these things that you feel you can make headway on now, and write out a step-by-step list: how can you bring that about?  Now, transfer this list to a calendar and hold yourself accountable to following through on these steps.  It’s important to make these deadlines real for yourself, so if you are having a hard time following through, try telling a friend - sort of like an accountability buddyJ  The Chinese philosopher Lao-tzu famously said, “A journey of a thousand miles begins with a single step.”  With a little help from the Organizer, take that step today!

Having trouble entering the Organizer, download this Organizer Pattern Energizer to help enter this pattern.  Stay tuned for the next installment of the Patterns of FEBI blog series in which we discuss how a little fun can go a long way.