A Lesson in Teamwork from...Metallica!?! 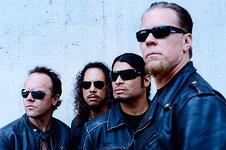 When you think of harmonious teamwork, perhaps Metallica is not the first thing that comes to mind. Their documentary, “Some Kind of Monster”, was certainly full of explosive arguments between band members; however, I found myself gaining insight about teamwork from this unusual source.

One of my favorite things about the Internet these days is the seemingly endless supply of Podcasts. I love tuning in and feeling like a fly on the wall. What is great about this uninterrupted and conversational format is that guests can really dig into how they got to where they are: the struggles, the success, and the lessons learned. What continues to strike me is that so many of those whom I respect the most, who have seen much success in their own careers, have had to overcome great struggles. Often times these are tales of people on the brink of quitting altogether, and we hear about the sheer determination to push through, against all odds, and eventually succeed. These are affirming stories to hear, as many of us can relate to those times of seemingly impossible struggle (check out my last post on Motivation for ways to kick it into gear).

This afternoon, I was listening to one of my favorite Podcasts, The Nerdist hosted by Chris Hardwick. His guests were Kirk Hammett and James Hetfield of the band Metallica. Having been a Metallica fan my entire life, I was pretty excited to hear what these two had to say. After a few tales of life in the biggest metal band of all time, the host asked them how they managed to stay together as a band for so long. If you're not familiar with Metallica, they have gone through some changes in personnel, but the main three members have been together since 1983. Their newest member joined the band in 2003. Here is what lead singer, James Hetfield, had to say about the band:

“It’s like any relationship, it’s as simple as that. Like being married, it’s not easy, it’s hard. You can easily start bickering and point out all the negative aspects of somebody and how it bugs you…bands do that, but there is an imbalance [when there are only] egomaniacs with an insecurity complex.”

James goes on to say, “If you don’t focus on the good stuff and care for that, all the negativity comes in. Kirk is really good…about the positiveness of it all. I can find the negative in pretty much anything and try to fix it or make it better or something, you know, the perfectionist in me. Lars is the brain, I mean he can analyze and he can figure anything out. And Robert is the loose cool guy but he’s the warrior, he the ‘LET’S #$@%-ING DO IT, STEP UP’. Each one of us has an important role in this band and we can’t forget that. All of us need to realize that and together we’re one MEGA-PERSON!”

What really stood out for me in this comment is how self and other-aware they are, and how important that is. James and his bandmates have made this a priority, putting much energy toward this effort. We got to see a glimpse of this during the therapy sessions shown in the documentary I mentioned above, as bandmembers saw how their own personality and issues of ego would get in the way of what was best for the band and for the music, and how understanding where others are coming from can be so important for the cohesiveness of a team. This is a key learning to the development of any team and order matters. The starting point is ourselves, so we must start with a deeper understanding of our own filters, drivers, fears and needs. This can be done several ways, taking a personality assessment such as FEBI, for example, can be a powerful tool to gain this self-awareness.

With a better understanding of ourselves, we can then begin to understand the personalities of others. I've seen the power of this in my own research, for example, in my dissertation study exploring the impact of personality-based coaching on virtual team effectiveness. Even a single session of FEBI coaching allowed individuals to gain insights about their own filters and begin to recognize the filters of their fellow teammates, resulting in greater team effectiveness. Recognizing how personality shows up in us and in others gives us an opportunity to change our behavior when we see that we are making false assumptions, derailing others, or engaging in bad habits.

The last part of James' quote gets to the even greater reward of team synergy made possible through understanding and appreciating the team as a whole. As James said, what makes them work well is that they know and respect that each member has a unique and important role to play that contributes to the team, or band, as a whole. And that the 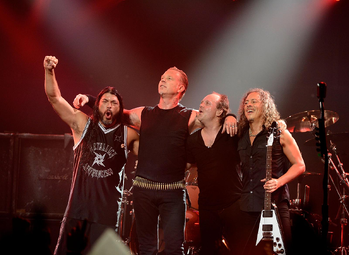 appreciation of each other is the glue that really holds it all together.

“At the end of the day, it’s all about the balance that you have in the band with the cards you’ve been dealt” Kirk added in discussing how important recognizing and managing differing personalities is to the success of the band. For James, whose life has certainly had its hardships, including struggling with addiction, that bond with his fellow bandmates went far beyond music, “These guys help me stay balanced.”

Perhaps you aren’t looking to be the next band with a hit album, but chances are you work on a team in some part of your life and there is a great lesson to be learned from this metal icon. So I challenge you to find the value within all of your teammates, ask yourself how you can support their efforts and gain a deeper understanding of yourself and how your own personality impacts how you behave on the team. With a good deal of understanding and appreciation, your team may be able to cohere into a highly effective team, or in the words of James Hetfield, one MEGA-PERSON!

END_OF_DOCUMENT_TOKEN_TO_BE_REPLACED

There Should Be an “I” in Team

In almost every team locker room anywhere, there is a banner that says, “There’s No “I” in Team.  The intent is clear.  Don’t be selfish, and make sure you suppress your individual ego for the good of the team.  But there is a possible downside to this sentiment.  Imagine a swimming relay team where one of the simmers gains 30 pounds and starts smoking, or less dramatically, just doesn’t stay in the best possible condition.  S/he is not likely going to help the team much.  S/he is not focusing very much on being the best possible “I”.

Think of all the teams that operate in organizations.  Sometimes they work in series, like a relay team, and sometimes they work in parallel like a rugby team.  In all cases, they need each of the team members to maintain a maximum level of both competence and energy.  In the organization sense, maximum competence means technically up to date, and a critical part of maximum energy means matching the right energy type to whatever task needs to be accomplished.  There are four basic energy types (Driver, Organizer, Collaborator, Visionary), and each of us has access to all four types.  We also, however, have preferences among types, so we don’t access them all the same.  Learning your preference hierarchy and how to strengthen your weaker preferences is key to being the best “I” for any team. An online assessment called the FEBI will help you learn about and strengthen your energy.