Organizer and Visionary: What is possible when these seemingly opposing forces come together?

One needs control, the other thrives in chaos. One is meticulously calculating, the other willing to change as fast as the wind shifts. These two patterns truly are paradoxical forces but what becomes possible when we learn to manage this paradox? When we learn to use both of the powerful energy patterns of FEBI?

First, a bit of background. What we are describing here are two of the four energy patterns of personality measured by the FEBI personality assessment. Although all patterns serve an important purpose in just about any situation, most of us have a strong preference for one of these four, which we call our home pattern. As a coach that works with leaders around these patterns, I also often see that two patterns can merge together to form a personality style for that individual. More times than not, we see pairings of Driver with Organizer or pairing of Collaborator with Visionary. These pairings do make intuitive sense given the nature of the patterns, Driver/Organizer being patterns of what is rewarded in many companies such as meeting goals, following through on commitments and pushing for greater success. Collaborator/Visionary are patterns of creativity and art such as seen in these street art pictures. These, however, are far from the only styles that can exist and some pretty interesting things happen when some of the more opposing patterns pair together. Extraversion, for example, appears to be a combination of Driver and Collaborator. The Driver side of extraversion is the side the steps up in leadership situations, taking charge when the task calls for it. The Collaborator side of extraversion, on the other hand, is all about being the life of the party and connecting with people. Two very different expressions of the widely known extraversion trait but when combined creates a charismatic, engaging leader that gets things done!

Another interesting pairing is the Organizer and Visionary energy patterns. The Organizer energy pattern is defined by its systematic approach to problem solving, its attention to details and its overall demeanor of conscientiousness. High Organizers tend to thrive in situations that have, well, order! They like to know what is coming, they create plans and they stick with them. An Organizer has a place for everything and everything is in its place. This is very different from the Visionary energy pattern which instead thrives in chaos. This pattern has an ability to sense the flow of shifting winds and the agility to move with it. Visionary is about innovation, freedom and big picture thinking, a far cry from the structure of the Organizer.

From that description it sure seems like these two forces are destined to compete but what happens when they come together? Well, this… 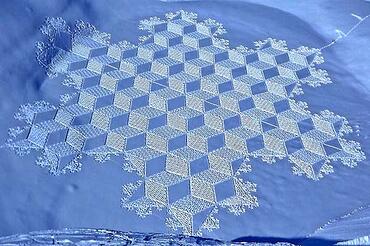 What you are looking at is snow art by Simon Beck. These are massive pictures created by pressing snow that take Simon endless hours and require him to walks miles for every piece. To create these truly sensational works of art, two energy patterns are required. First, you need a vision. Remember the scale of these art pieces, a big canvas indeed. Simon has to envision what he wants to create with the space he has and make it work to scale. This of course requires Simon to summon the creative and big picture energy of the Visionary. Vision will only give you an idea, however, so another energy pattern is needed to ensure the vision is realized. Execution requires a very meticulous process of ensuring every step is in the exact right spot to create that bigger picture. As these pictures below show, the Organizer can be of great help when creating these massive art pieces one step at a time. 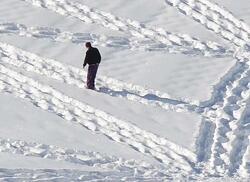 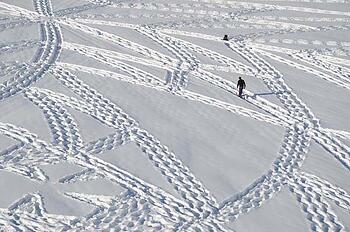 We can find a rhythm of using both these patterns, you have the vision to create great things and the discipline to execute that vision. This can certainly be tricky since they really are paradoxical forces, however, as Ginny Whitelaw describes in The Zen Leader that being able to manage this paradox is imperative to leadership success:

“Paradox takes us into the realm of not knowing, of not solving a problem once and for all, but rather managing an ongoing dynamic two (or more) “right” answers, neither of which is sufficient by itself. To embrace and work with paradox, we have to suspend our mind’s pull to nail down an answer. We have to accept the more complex dynamism of And, while relinquishing our grasp on the simple stasis of Or.”

Simon found a way to manage the paradox and rather than just envisioning the snow art or methodically walking in the snow he created this art by effectively managing the And. To learn more about how to do this, I recommend reading the chapter of The Zen Leader “From Or to And” dedicated to this topic. Want to learn what your energy pattern style is? Take the FEBI report for yourself. 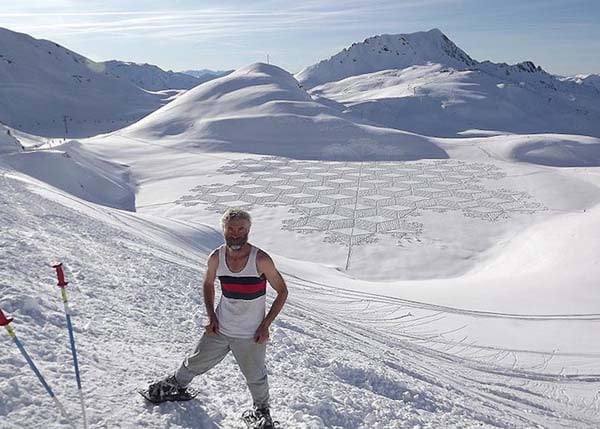